I wish I could report that the story of every woman and girl who comes to the WE Restore home has a happy ending, While many of the women and girls have found success and a new life, there have been failures and struggles. Tanisha’s story is one of the initial success followed by struggles and a hopeful rebound.

I first met Tanisha in August of 2021. (Tanisha’s given name is Gladys, but she prefers Tanisha.) Tanisha had been working as a prostitute in 2020 at age 17 when she met some of the people who would later staff the WE Restore home.

In fact, she actually enrolled in the program before there was a physical WE Restore home. During her first year at the home, she participated in programs at the home during the day while living with a local pastor and his family. Tanisha showed enthusiasm and promise to work toward a better life.

Departing from the Home

Shortly after our visit last year, Tanisha’s life took a downward spiral that she admits was of her own making. It started when–in Tanisha’s own words–she backslid. She left WE Restore when she ran off with, in her words, ‘a guy’.

Before too long, Tanisha learned she was pregnant. After becoming pregnant, Tanisha’s boyfriend was in a serious auto accident. At this point, Tanisha and her injured boyfriend traveled across Uganda so he could recover in his family’s village.

The boyfriend’s family was not keen on having Tanisha live with them after he died, so she moved back to Jinja and reconnected with the WE Restore home before giving birth. The staff arranged for Tanisha to move back in with the pastor’s family with whom she had lived before running off. In the course of treating Tanisha, Annet, the WE Restore resident nurse, discovered that Tanisha had contracted HIV from her boyfriend. Tanisha had concealed her HIV status from the WE Restore staff and the pastor with whom she was living.

Because she had concealed her condition, the pastor with whom she had been staying was no longer willing to allow Tanisha to live with his family. The WE Restore staff arranged for Tanisha to live elsewhere and supported Tanisha as she gave birth to her son Odella. Tanisha is receiving treatments to address her HIV status.

Where She Is Now

I was able to reconnect with Tanisha during my recent visit to Uganda. Tanisha and Odella now spend most of their days at the WE Restore home where she has learned soap making, baking and hair styling.

In the photo below, Tanisha–in the pink t-shirt–is leading a tutorial in soap-making for possible posting on our website.

The home is now large enough to accommodate children, such as Odella, for mothers who spend days at home. Tanisha hopes to support herself and Odella as a hair stylist and maybe someday get married to the “right” man (again, her words).

Since returning to the WE Restore home, Tanisha has used her personal experience to persuade the other women and girls at the home to stay with the program. In addition, Tanisha invited two friends who were working as prostitutes to come to the WE Restore outreach event and now these women have enrolled in the WE Restore program.

Tanisha is young and full of energy. She loves Odella, and based on my conversations with her last week, I am hopeful she is committed to making a better life for Odella and herself. With God’s grace and the support of the WE Restore staff, perhaps she will. 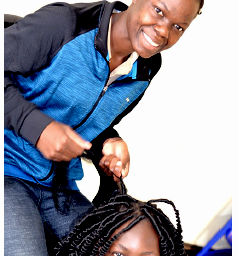 Dear Friends of WE International, In our effort to provide regular updates, we want to tell you about Sandra, one… 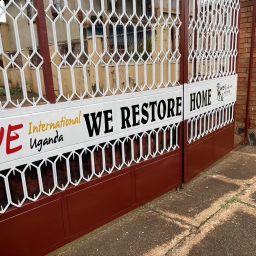 On July 29th, 2022, the Department of Homeland Security (DHS) announced that they will be expanding their partnership with the… 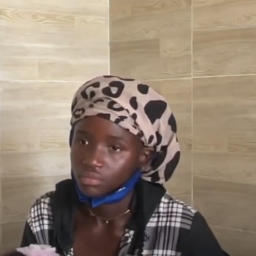 Content Warning: Mentions Sexual Assault, Rape and Abortion Sylvia is a woman from the Democratic Republic of the Congo (DRC)… 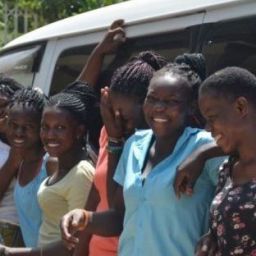 More Than a Van

UPDATE – WE International recently purchased a van, with the help from generous donors, for our girl survivors of sex… 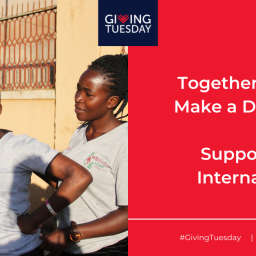 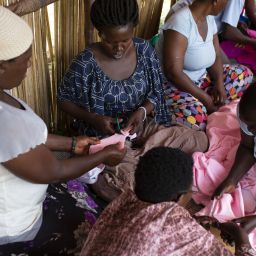 How WE Restore is Fighting the Feminine Hygiene Product Shortage

When walking down the aisles of any CVS, Walgreens, or local pharmacy, one typically sees that the shelves are packed… 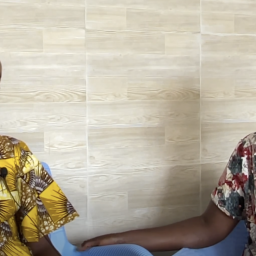 Gender-Based Violence in the DRC

“What have I done?” A brave survivor, Sandra, recounts her horrible experience of being raped and abused, taking her time…